Written and performed by Tetsuro Shigematsu

The story of one man, a Japanese Canadian caught up in the major currents of the 20th century. From growing up in a fishing village on the banks of the Fraser River, to being confined at a Japanese Canadian internment camp during World War II, to helping build the Distant Early Warning Line in the Canadian Arctic during the height of the Cold War, 1 Hour Photo is a moving portrait saturated with the most vivid colours of our times. 1 Hour Photo has kept audiences elsewhere enthralled – “Not only was it a fascinating and excellent production using many modes of communication, it had a message that  all Canadians need to hear/see!”

And a bonus for everyone attending! Playwright and actor Tetsuro Shigematsu will join our streaming audience following the performance for an interactive and engaging discussion about the play and its themes.

“(we) loved it!! What a great option to watch a play in the comfort of our home.“

A maximum of 100 tickets are available for each show, so you will need to book early! 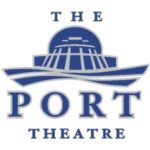